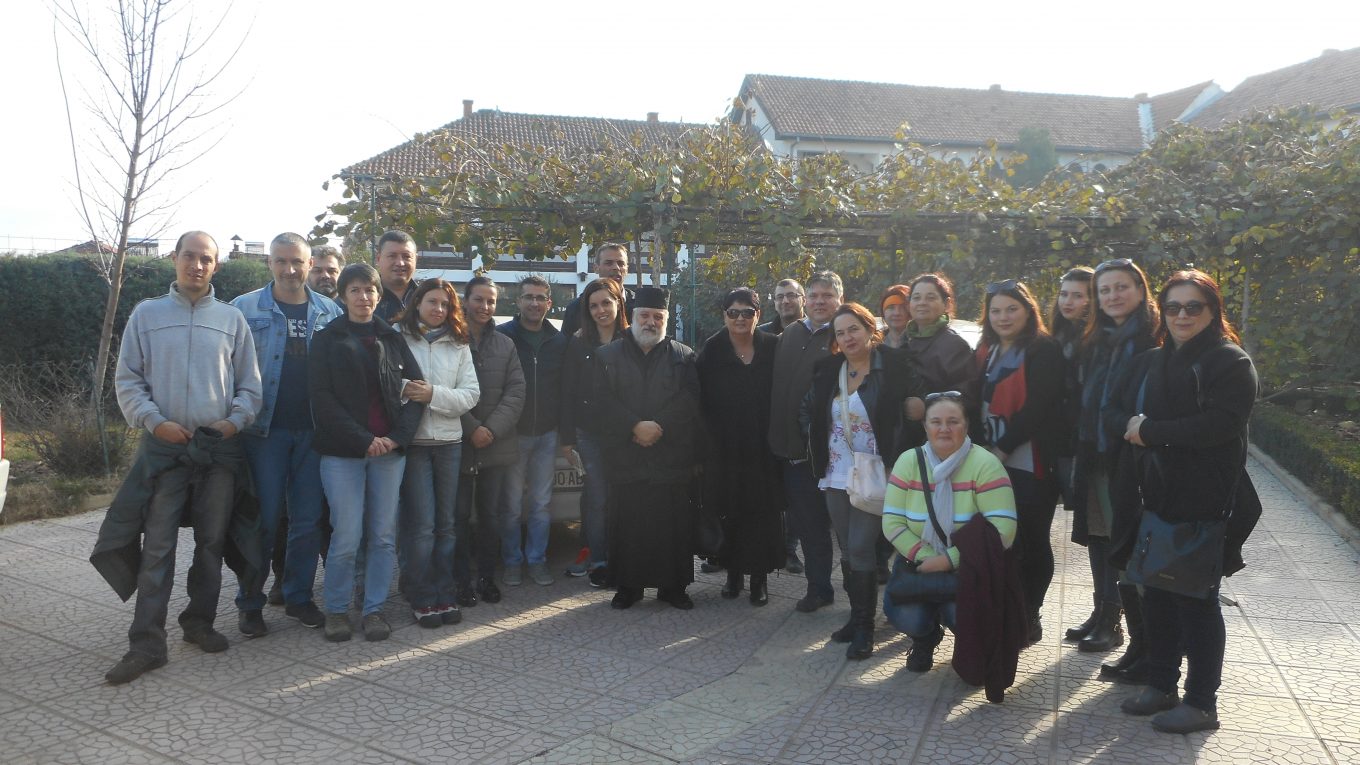 The Pirin Tourism Forum Association of Blagoevgrad in partnership with Ecological Association Planetum – Strumica has selected the pilot mini-destinations or the so-called tourism ‘knots’ of the sustainable tourism network named Cross-Border Fun Center.

From Blagoevgrad District, these are the knots of Blagoevgrad, Bansko, Gotse Delchev, Petrich and Struma; and from the South-East Planning Region (Macedonia) – the knots of Strumica, Novo Selo, Dojran, Gevgelija and Radovish.

This message has been produced with the support of the European Union under the Cross-Border Fun Center Project co-funded through the Interreg-IPA CBC Bulgaria–the former Yugoslav Republic of Macedonia Programme. The contents of this publication are the sole responsibility of the Pirin Tourism Forum and can in no way be taken to reflect the views of the European Union.

Representatives of the 10 knots gathered together in the town of Strumica at a first work meeting of the network on 25 and 26 November 2017. They discussed the concept of the Cross-Border Fun Center, the functioning of the knots and the development of new tourism services to be sold via the special Internet-Portal.

The meetings for the development of the new services start in January 2018 and will end in May. This will be followed by the establishment of the Internet-page and marketing of the new tourism supply.